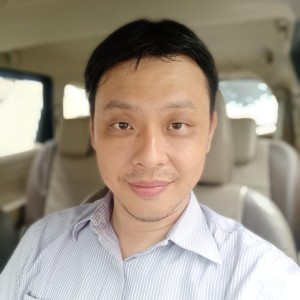 How to always win in everything

As a nine years old boy, little joe likes to play games. Though he got Lego toy for new year, he still likes games, because toy like lego can only be played by himself and he need to use his imagination to play it. But games, always draw his attention. Games have rules, purposes, reward and punishment.

When games played with other people, the rule will determine who will be the winner and who will be the loser. He loves the feeling of winning, and hate the feeling of losing. Little joe is a bad loser kid. He is a competitive kid. He feels sad and gloomy for days just after lose several card games with his friends.

When playing computer games, he also wants to win all the time. Against character which played by program, he can play again and again until he recognizes the program movements or tactic and deal with it. However, multiplayer games or internet connected games which so popular nowadays allow players to play against each other from around the world. And they are people not programs nor robot who cannot be recognized their pattern easily.

So, playing against them, make little joe lose all the time. He tries and tries again, but the more he tries the more he loses. He feels depressed and frustrated. However, he is a competitive kid. He just cannot give up. He will try and try again until he can win and dominate other players, unknowingly he spends a lot of hours just to play games and forget about his study, thus inviting troubles to come.

His dad gets so upset because he starts to forget to study and all the lessons that he already learnt. His dan test him with several questions about some of the lessons that he has learnt and only one third of questions he can answered. So, his dad says to him “What happened to you, why you forget the lessons that you have learnt, is it because of games? I will forbid you to play phone, pc or console games if this become a habit”.

“No dad, please don’t, I like the winning feeling, it makes me on top of the world” Little joe say.

“Winning is a good feeling indeed, but when you win you also lose some, when you lose you also win some” his dad replies.

“Think about this, when you win you need to defeat your opponents, in order to do that you need to be better than them, so before you can be better than anyone, you need to do a lot of preparations. You need to study the rules, the win-lose condition, then practice a lot. All of these preparations will take some of your time, in other words you will lose your chance to do other things” explain his dad.

“If you lose, you will feel gutted and frustrated, but you also gain something, if you notice, you will find a lot of thinking patters, strategies, methods and choices that don’t work, gradually you will understand the things that work”. Add his dad.

“This time, you lose your study time, and I don’t like it” his dad clarifies his thoughts.

“There is a bigger game that just game in gadgets”. Explain his dad.

“We called it the game of life, the purpose of your study is preparing you to enter the game and win it, “added his dad.

“What is game of life dad?” ask little joe.

“Well, we will discuss it another time, the point is you need to study, if you’re not study then sorry, I have to confiscate your gadget”

“if you’re not do your obligations, then you cannot get what you want, that’s the game of life first rule” his dad smile.

“Allright, I make sure to study then” says little joe.

“Make sure you study for two hours a day first before you can play” add his dad.

“Anyway, if you don’t learn from your mistakes then you  are completely lose, only if you gain lessons from your loses, then we can say that you are never lose”. Explain his dad.

“In addition, the purpose of playing game is to entertain ourselves and others, so win or lose is secondary, the first priority is having friends. Imagine if you always win, will your friends want to play with you again? Or if you always lose, will you want to play again with your friend? Only if winning of losing in a game uncertain, then the game feels so much fun, you and your friends will play over and over again, everyone will find that they are not lonely anymore” his dad try to explain further.

“Okay, I understand dad, I’ll try to study first and enjoy the game, despite win or lose “says little joe.